When data saves the day!

One December morning, commuters left their homes early to get to their workplaces. Then disaster struck. But then, data saved the day!

Of the 1 million French passengers who use the regional train services (TER), 88% are daily users (source: https://www.data.gouv.fr/fr/datasets/regularite-quotidienne-lignes-sncf). A seemingly small mishap like this can ruin a day for millions across borders. 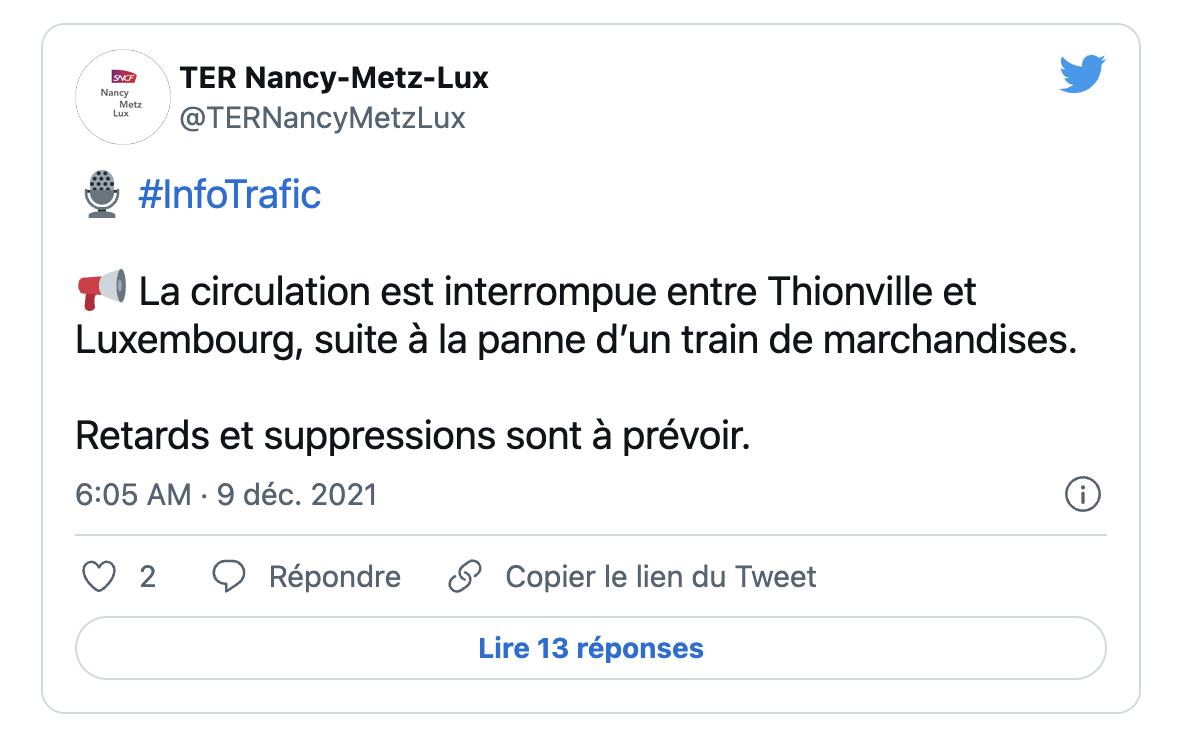 Passenger trains and freight trains often share the same tracks. If a breakdown occurs for one or the other, it affects the whole network. For freight trains this can lead to heavy economic losses.

For passenger trains, however, the damage is not always measurable. The stress of finding a solution early in the morning, trying to make up for the delais at all costs. Finally, the communication to be put in place for the public in order to warn them of the situation.

People at the heart of things, data everywhere

We are at a turning point for the rail industry. Existing technologies can reduce the number of occurrences of this kind of problem in a direct way. Indirectly, it also means less ‘hassle’ for users, customers and technicians.

On the morning of 9 December, it was the locomotive of a freight train that caused the problem. The service interruption was so extensive that it made regional headlines: https://bit.ly/regionalarticle 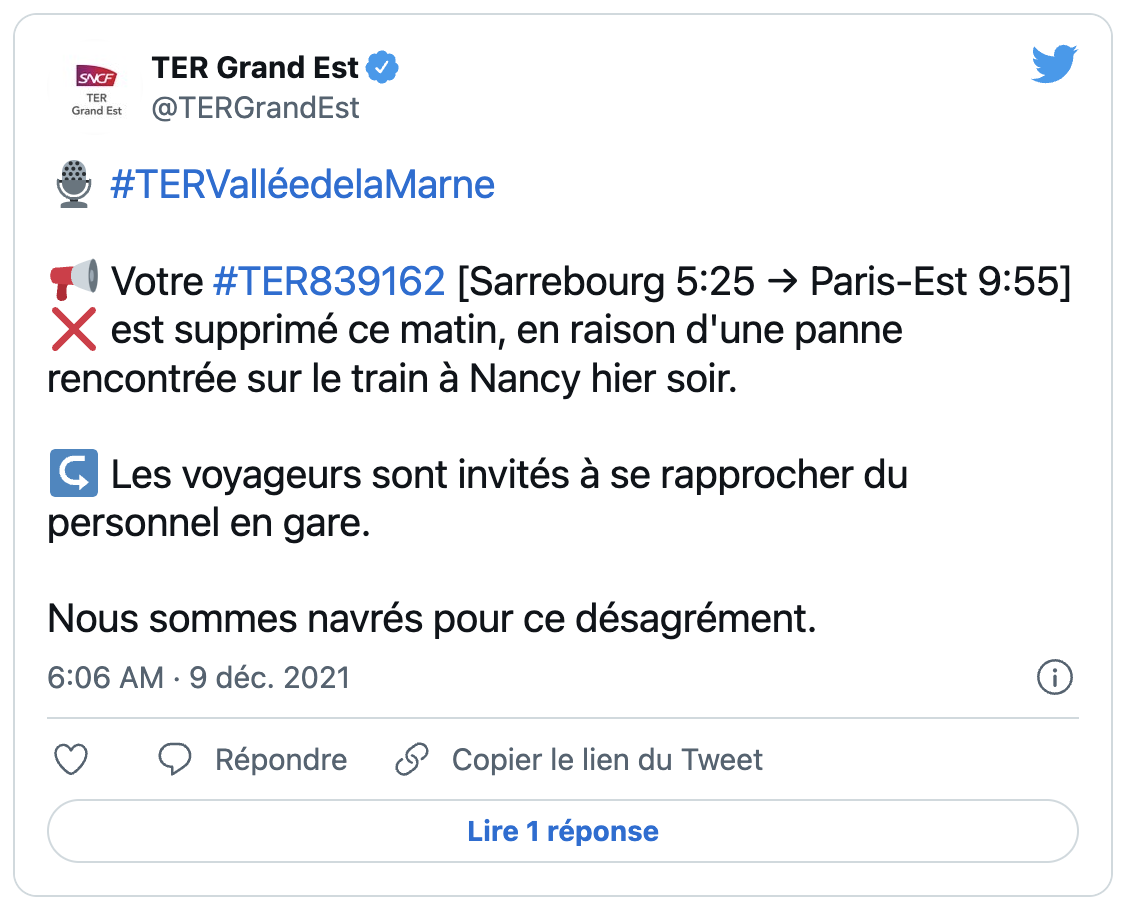 As it turns out, the locomotive at the centre of this conundrum belongs to one of our customers. We had a sneak preview of exactly how the data was used to understand the problem.

The train consisted of 2 locomotives,  a “multiple unit” (MU) in trade lingo. The potential root cause of malfunction is often that the “train is too heavy”. This hypothesis was quickly rejected by simple calculations.

Using their data and the Railgenius platform, our customer was able to trace the problem back to a broken relay in the multiple unit system of the leading locomotive. The data clearly showed that the trailing locomotive was not responding to commands.

Thanks to the large volume of data available, our customer could successfully trace every major event that has an impact on reliability and punctuality. This is the zero defect strategy.

The objective is to eliminate repetitive failures and provide context to the maintenance organisation for effective fault resolution, if possible before a workshop visit is required. This is the remedy to the famous “no fault found”.

In this particular case, the analyses could be carried out quickly thanks to Railnova’s “Railgenius” software, with which the engineers and technicians have access to all the detailed data, in the context of the operation of the vehicles.

Once the source of the problem has been identified, they create an equation that will trigger an alarm before the next occurrence of the same problem and thus ensure a faster resolution of the problem.

Get in touch with our team, we’re happy to help you achieve the zero defects for your fleet!

A practical checklist to navigate InnoTrans

As a railway operator and transit authority, the temptation of predictive maintenance, IoT and AI is often irresistible. However, it's important not to lose sight of what's real and what's fiction.

How Railnova can help with your ECM activities

As of June 2022, a statutory ECM certification applies to all rail vehicles in the European railway sector. This will impact many things. Read on to see how Railnova can help you with ECM compliance!